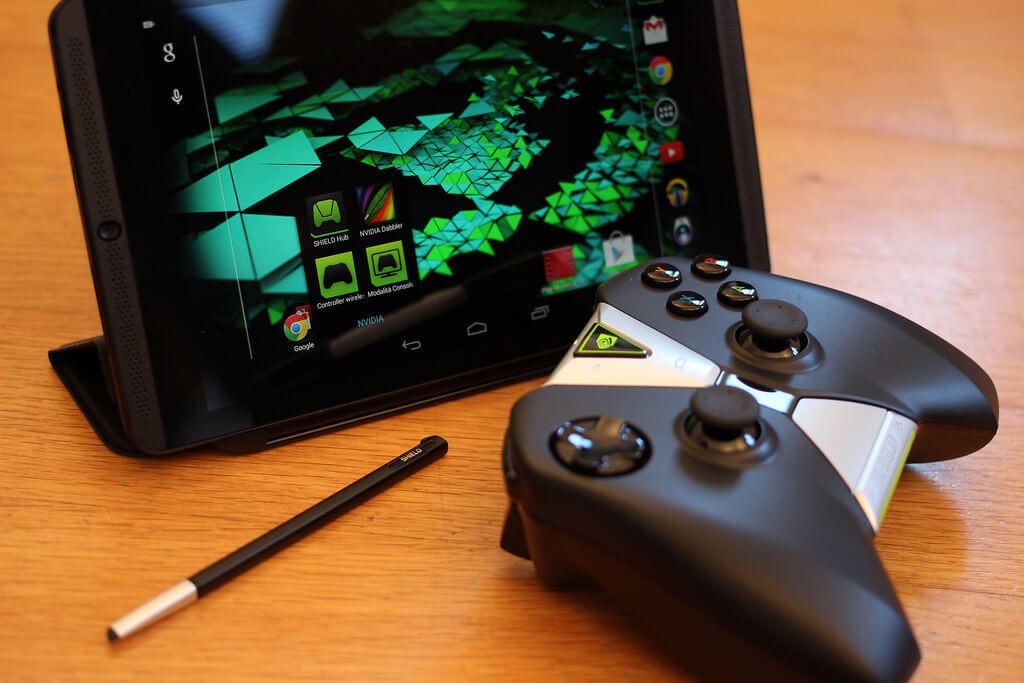 Since not many games provide this feature of attaching a gaming controller, we’ve taken the time to test out various options. Here’s our compiled list of the best Android games you can play with gaming controllers. 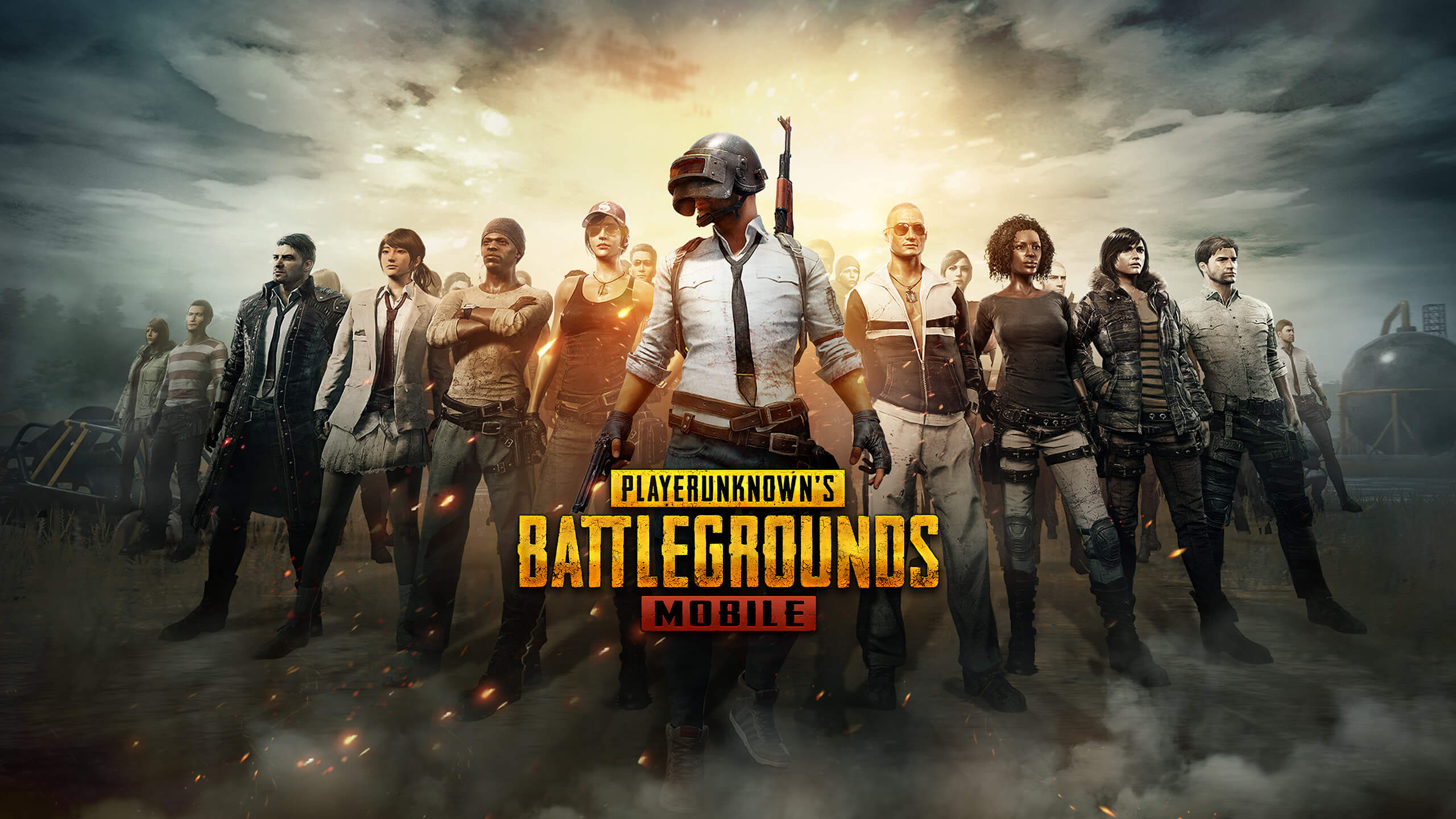 PUBG (Players Unknown Battle Ground) has taken the world up by the storm since its release in 2017. The infamous battle-royaleFPS (First Person Shooter)requires the players to battle out in the vast arena of 100 online players. The winner takes the chicken dinner by surviving until the last man standing. With a wide range of weapons and team play involved, it is one of the hottest mobile games available.in this category.

One might go as far as calling it the Jin Kazama of this gaming category. Hence the “The People’s Choice”.
The accessibility of the gaming controllers in this game brings users the experience of more precise aiming and movement. PUBG mobile also supports wired gaming controllers with a few limitations. While the controller does facilitate the movement of the character, ut for shooting and picking up items, one is still bound to the on-screen controls.

I have played PUBG for a year now with the help of an Bluetooth gaming controller and enjoyed the unique mobile gaming experience that BlueHole’s creation has to offer. 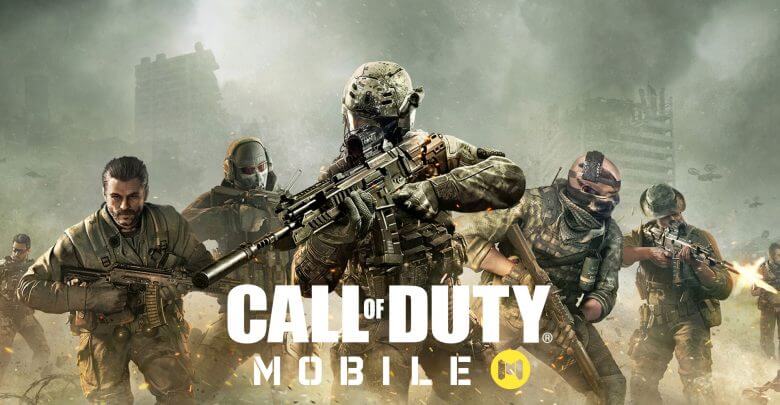 How can I make a list of the mobile games compatible with the gaming controllers without featuring Call of Duty Mobile? This popular fps game franchise needs no introduction. It is one of the best games ever made to grace the screens of our devices. The game provides a satisfying gameplay for ardent fans of Call of Duty with a complete range of multiplayer modes to select from. And there is no denying the fact that the COD franchise has offered epic campaigns and story modes. But the nature of the COD Mobile focuses solely on multiplayer and battle royale format.

I downloaded the game as soon as it was out. (couldn’t get in the beta). And the gameplay and graphics were phenomenal. The availability of the gaming controller was a nostalgic touch to the classic and much appreciated. inclusion of the battle royale mode as well as their innovative zombie mode just puts an increment in the value of the game and play experience via game controllers. 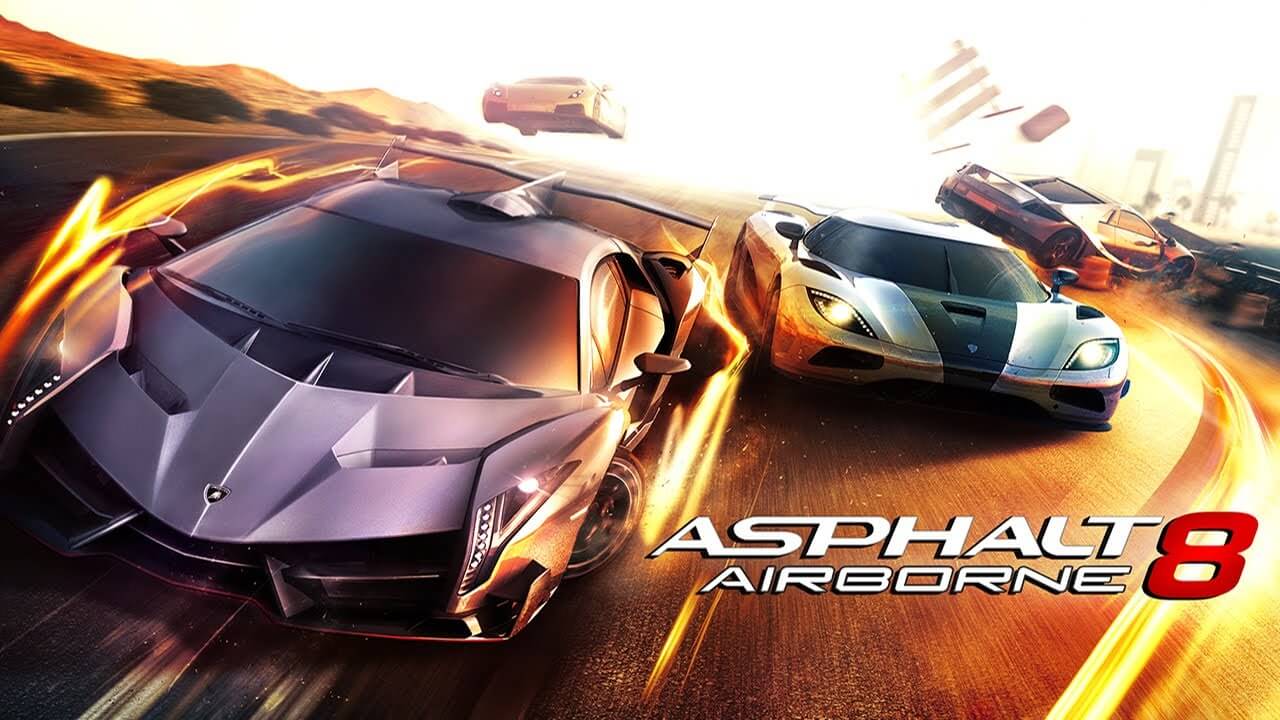 Asphalt series sits at the top of the food chain in the competitive racing category. The core gameplay is simple, with the objective to finish first on the track. The game is a must-play for the action sports junkies who seek the thrill of the high-speed dream cars. With the addition of improved graphics, the Asphalt 8 does not disappoint, from the gaming experience to the wide array of game modes available.
Asphalt 8: Airborne supports wired and Bluetooth game controllers. One can say that the addition of the game controller increases the player’s control on the game and tracks itself.

I am a fan of racing games. Hence Asphalt 8 is my go-to. I have been playing this game since 2016 and started using a gaming controller for Asphalt 8 by 2017. As I said earlier, the graphics and gameplay of Asphalt 8 are second to none. And when one adds the gaming controller to the equation, the overall experience of the game becomes even more enjoyable. So the inclusion of a wired or Bluetooth game controller in the game makes Asphalt 8: AIrborne to feature in this list. 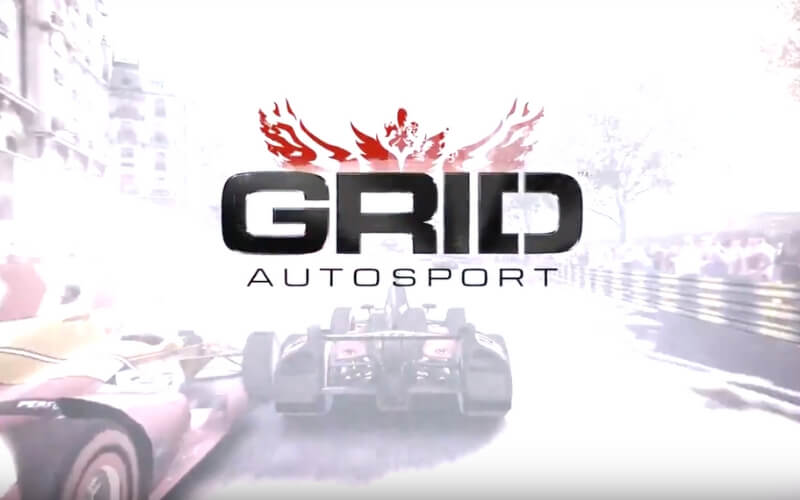 Just like the Asphalt series, Grid: Autosport is one of the finest of the racing games main available on Android. The developers made it a point to include Bluetooth gaming controllers accessibility. In addition to that, with real-life graphics and game physics, the game offers an experience of console gameplay on the Android mobile phone. GRID: Autosport provides a wide range of race formats on multiple tracks. You will find yourself in touring circuits racing to drag racing, even the car demolition mode is available for the players to choose from.

The story mode allows you to build up your skill as a racer and dominate the streets in various competitions as the player rises up the ranks. The pre-race animations are a sight to behold. I was a bit tilted towards the drag race format that the game had offered. The elimination of races and time-bound laps are a jolt of action best suited for the adrenaline junkies of the gaming industry.

The game offers full control of the settings for gameplay which are neither too easy nor too hard for the player who is connected to the gaming controller. The balance between the controls with access to the gaming controller provides an experience very similar to that of an arcade game. It will leave you wanting more of the racing thrill.

Yeah, you read that right. Grand Theft Auto: San Andreas is available on Google Play Store. Even better is the fact that the game can be connected with a Bluetooth gaming controller. To jog the memory, San Andreas is set in the fictionalized version of Los Angeles. The story is centralized around a character CJ and his missions. In addition to that, there are countless side quests for the players to play from.

Grand Theft Auto: San Andreas is a classic that everyone loves. Hence the game deserves a spot on our list. I tried playing San Andreas on my phone with the help of my Bluetooth gaming controller and the results were so satisfying and the nostalgia from the old 2013 days kicked back in. Therefore San Andreas is a must-play game if you want to re-live the adventures of Carl Johnson.

BombSquad is a mobile game experience best left to enjoy with your friends. BombSquad offers online and local multiplayer in a total of 8 different game modes. The mini-games feature sports, and ring elimination games for the players to enjoy. Unlike the above-mentioned games, BombSquad isn’t a storage eating giant and features fun cartoon-ish graphics that provide an innovative touch to the gaming experience.

BombSquad, being a multiplayer platform, also supports Bluetooth game controllers. In addition to that, there is a remote app for the game available on the Play Store. This allows players can download and control the character on screen remotely from another Android device. With this feature, BombSquad becomes one of the favorites in this list for friends to have a fun way to kill tim
e.
Gaming Controller(s) Compatible: Remote app available on Google Play Store, Stratus Duo controller 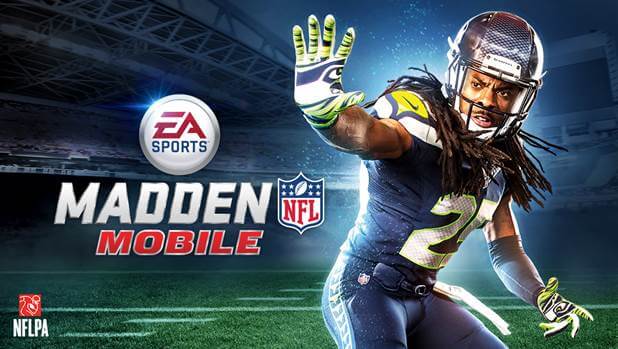 EA Sport’s Madden NFL 16 deserves a place in this list for the fact that this mobile game supports Bluetooth gaming controllers flawlessly. Madden NFL 16 is a sports-based game centered around the dynamics of American football. The players can battle out in the fantasy league with their favorite teams and rise to the top to assert their dominance.

The addition of the gaming controllers to the gameplay just adds more value to the game, since, it brings the console-like feel to your own mobile device. And who does not appreciate a good old competitive sport on the screen? 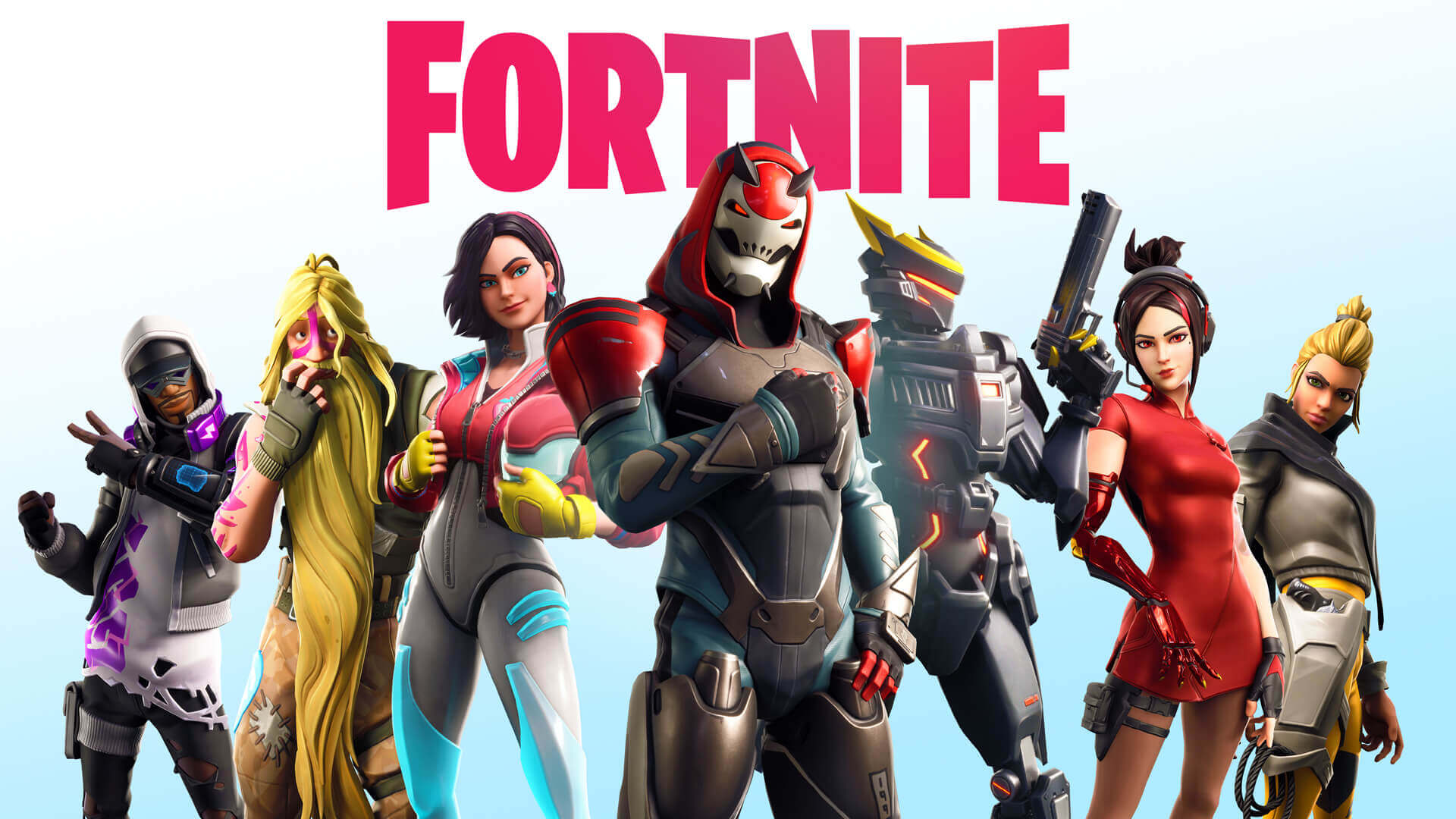 The long-awaited Fortnite Mobile hit the Google Play Store recently and we just can’t stop loving the game more. Fortnite is a TPS that features battle royale between 100 online players in one arena. Above all, the game provides the support of Bluetooth gaming controllers on your Android phones.

You can now have the console or PC like experience on your Android device. The developers are releasing regular updates to improve the overall gaming experience on the mobile platform. In addition to that, with every season, better weapons, game physics and animated graphics are reaching new heights for the optimal gaming experience of the players.

Modern Combat 5 Blackout is the best thing you will find after Call of Duty Mobile if you are looking for an action-packed shooter. With satisfying combat and movement mechanics, playing Modern Combat 5 Blackout with the controller is a superior experience to touchscreen control. If you are not a fan of battle royale format, this is the game for you.

Are you still yearning for the racing classics like Road Rash or Jet Moto? I have found the right game for you. Riptide GP: Renegade is a power-driven, thrill paced jet ski racing game. With its well-known action-packed gameplay, you will find yourself glued to your phone screens. In addition to that, the game offers accessibility to the Bluetooth gaming controllers which makes the experience even more satisfying. In conclusion, Riptide GP: Renegade is a must-have game in your arsenal to kill some time and enjoy the thrill of gaming.