The first 2G/GSM call was made on July 1, 1991. Here’s the story behind the three-minute call that changed communication forever.

Do you already know it? The world’s first 2G/GSM phone was made 30 years ago.

Now is 2021, and we are living in the 5G era. Today, the fifth-generation network technology is considered the most advanced communication method, not only for mobile phones but also for industry. But 30 years ago, no one would have thought that our devices could communicate wirelessly with each other. Providing lightning-fast Internet speeds, everything from basic access to smart city development has not received attention. They are more concerned about how people communicate with each other through cellular networks. The first GSM call, also known as 2G, occurred 30 years ago. 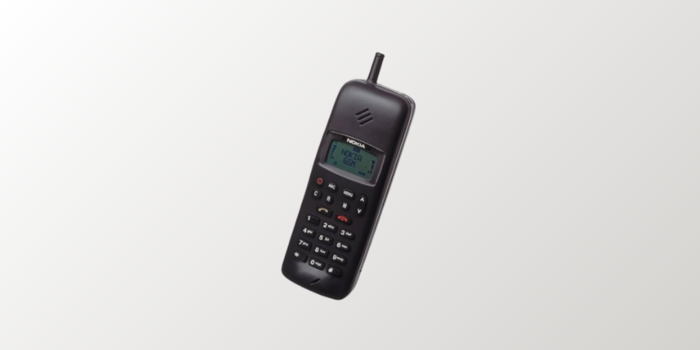 Nokia has always been at the forefront of connectivity. 30 years ago, the first official GSM call was realized between the former Finnish Prime Minister Harry Holkeri and the Deputy Mayor of Tampere Kaarina Suonio. This is the only phone that changed everything and became a catalyst for the rise of the

network. GSM eventually led to the emergence of data and SMS services that we take for granted today. This is also the moment when the mobile phone as we know it was born.

In a blog post recalling the phone call, Nokia’s current president and CEO Pekka Lundmark (Pekka Lundmark) recalled his nickname “The Worried Prime Minister”, when he and his team worked two days and nights. In July, 2G phones were activated for the first time. 1, 1991.

At the time, I was the account manager of the Finnish network operator Radiolinja and a customer of Nokia’s GSM technology, which supported calls. The race to develop the first commercially viable network has begun, and Radiolinja (now Elisa) is still waiting for an approved operator license.

“The first successful test call was at 4 am on March 27, 1991. If you look closely at the black and white photo of Kurt Nordman, the managing director of Helsinki Telephone Company, he was late in the day. When I made another test call, you will find a young man behind the photo, who looks like a panicked boss/zombie.” Lundmark wrote in his post.

During the final presentation during the 2G conference call on July 1, all eyes were on Pekka and the team.

PM Holkeri used his car phone to call Mayor Suanio and said that the front desk was clean, just like talking to the “people in the next room”. The two leaders also discussed the benefits of GSM digital technology, including excellent voice quality and security, and the fact that the phone ID is on the SIM card, making it easier for consumers to choose their favorite products. At that time, it was known that the official call to the event was to use a simulated backup system. “I think you can safely admit this in 30 years, and now there are no more questions about the feasibility of GSM,” he said.
The following year, Nokia launched its first GSM mobile phone, the Nokia 1011. 3G, 4G, and 5G networks have continued since then, but it is always good to remember the beginning of the digital revolution. The world changed in three minutes.