While LG shut down its smartphone business, Sony’s has returned to profit. Maybe there is room for niche smartphones to succeed?

The history of the smartphone industry is one of upheaval. While Chinese brands have grown and benefited from it, many legacy phone and technology brands have struggled. Blackberry, HTC and Nokia (without HMDs “resurgence”) fell by the wayside. LG was the latest and greatest casualty in the highly competitive market and pulled out after repeatedly trying and failing to revive its line of products.

Sony seems to be the exception to this rather unfortunate trend. Although the branding that gave us the mighty Sony Ericsson W800 has been at the lower end of the market share charts for several years, it still beats almost two decades later. The company is on an upward trend at a time when others are out of business.

Contrary to the pace of the game, Sony’s wireless division made its first profit in five years in the first quarter of 2021, accomplishing that feat by lowering production costs and increasing the average retail price of its phones. A proud price of $ 1,299 for its newest flagship, the Xperia 1 III. For Sony, however, the picture is not entirely rosy. The company sells fewer smartphones than ever before in the past decade. Only 2.9 million units by 2020 compared to a high of 39.1 million in 2014, but on business matters, Sony is still alive and well despite all the odds. 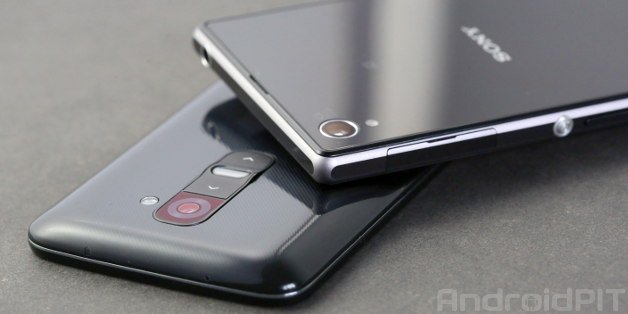 The comparison between LG and Sony is interesting. Both are major technology brands that, after initial successes in the cell phone market, have invested countless sums of money in their troubled cellular businesses over the past decade. LG finally announced it the same year Sony finally made a profit again.

The main difference I can see is that LG has never quite established itself in a target market and has launched a wide range of different phones, some of which have been very experimental to achieve great success. With phones ranging from the hugely experimental LG G5 and Wing to the incredibly secure but oddly named G7 ThinQ and the modern-day Velvet, it became increasingly difficult to identify who would actually buy LG’s phones year after year.

Meanwhile, Sony looked inward, affirming its roots, and going to great lengths to please its core audience with little attention to build a form-breaking smartphone. Sony has figured out what it could be good at instead of completely reinventing itself. Good thing the excellent V-series almost found a multimedia niche similar to Sony’s currently, but LG’s phones never quite reached the extremely high price point of the Sony Xperia line.

Sony faced similar problems as LG in the mid to late 2010s, with dwindling sales and market share. The Xperia Z and XZ lines launched with a messy semi-annual release schedule. There was also a bewildering variety of models with very little innovation in between. As you can imagine, the phones received mixed reviews, although Sony received praise for their excellent audio performance and IP ratings.

The Xperia range turned the page with the revamped Xperia 1 series, which focused on resolving previous criticisms without straying too far from Sony’s core audience. We even praise the first generation model for its excellent hardware, even if it was very expensive and imperfect. It was here that Sony first unveiled its 21: 9 4K HDR OLED display, triple camera setup, and finally brought back the headphone jack (and expandable storage) to raise its hand as the ultimate multimedia machine.

Believe in the power of niche

It took a test or two, but the flagship Sony Xperia 1 and lower-priced Xperia 5 smartphones tested reasonably well. In fact, their 2020 models were some of our top picks for the year. And the 2021 flagship Xperia 1 III is the brand’s best performance to date, albeit at an even higher price. Sony’s formula works (finally).

Sony’s own numbers show it doesn’t make phones for mass-market customers, but earnings yield suggests it isn’t necessary. Using its best Bravia display, alpha camera and audio technologies, Sony has proven that it is possible to compete in the highly competitive smartphone market by playing with an enthusiastic audience.