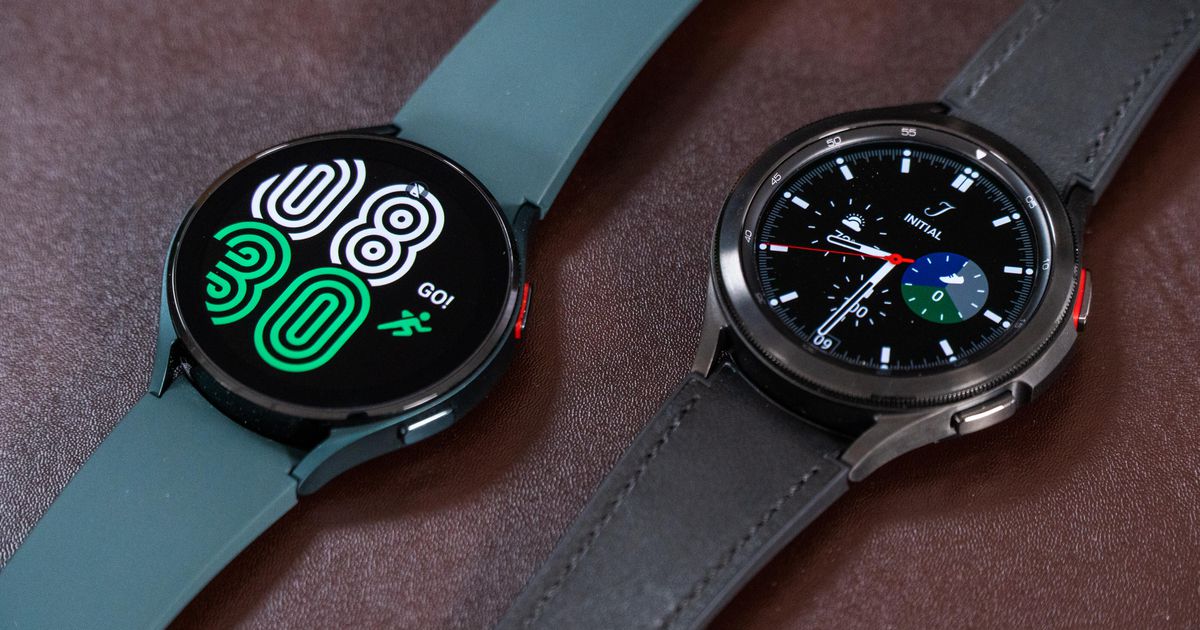 We’ve been cherishing the Galaxy Watch 3 for quite a while, calling it one of the best smartwatches available when it launched last year, but a new admirer from Samsung has arrived: the Galaxy Watch 4 series debuted earlier this month. , offers a refreshed user experience, improved hardware, and new hope. But newer doesn’t always mean better. There are several reasons why you might want to get yourself a Galaxy Watch 3 anyway.

Below, we’ll walk you through the key differences and similarities between Samsung’s newest range of wearable devices and its old flagship smartwatch. Find out more in this quick comparison between the Samsung Galaxy Watch 4 and Galaxy Watch 3. Versions: The standard offering is reminiscent of the Galaxy Watch Active line and features a cleaner face with an aluminium case and a touch-sensitive bezel. However, this bezel is a little tricky to use.

The most direct replacement for the Galaxy Watch 3, the Classic option includes a rotating tactile bezel with engraved minute markers and a slightly thicker case. Both Galaxy Watch 4 options come in two watch face sizes.

Aside from the return of the rotating bezel, the Galaxy Watch 4 Classic has some aesthetic differences from the Watch 3. The buttons are still on the right edge but are flatter and elongated, a departure from the protrusions on the Galaxy. Watch 3. The standard Galaxy Watch 4 has a cleaner and simpler facade compared to both. Whether it is a visual upgrade depends on your personal taste.

What about internal differences? Well, there are many. Let’s start with the operating system.

The Galaxy Watch 4 series makes the traditional move from Tizen to Wear OS and One UI Watch, a significant change for the range of wearable devices. It is the first line of portable devices to run the new operating system developed in code by Samsung and Google, and it brings several new features to the Galaxy. Watch 3.

Wear OS opens the door to a larger app library than Tizen. The Galaxy Watch 4 series also gets access to certain Google apps and features like maps and more that sync with Android devices. In particular, we should mention that switching to Wear OS the Watch 4 series doesn’t work better with non-Samsung phones. There are also many restrictions.

While the Galaxy Watch 3 is compatible with iOS devices, the Watch 4 is not. In addition, several new features of the Galaxy Watch 4 still depend heavily on owning a Samsung smartphone, including health monitoring intelligence. This is not the case with the older smartwatch. Samsung also does a remarkable job of loading the Watch 4 with its own apps, for example, Samsung Pay usurps Google Pay (although Google Pay is available on the Play Store) while Samsung Health, not Google Fit, is the tracking app of choice. . .Bixby also presents itself as a voice assistant, not as a Google Assistant.

However, the Galaxy Watch 3 does not receive any of the promised Wear OS benefits. Samsung has no plans to upgrade any of its Tizen devices to Wear OS and One UI Watch. I have to get a new watch. At the same time, we haven’t heard much from Google or Samsung about Wear OS updates, but we expect both companies to have some development plans.

One of our biggest criticisms of the Galaxy Watch 3 was its health-tracking ability. His heart rate measurement was unreliable while his sleep monitoring intelligence was unpredictable. The Galaxy Watch 4 series improves both metrics and also adds new sensors. The BIA sensor, which measures body composition, is a great novelty and provides valuable information on body fat percentage, skeletal mass and water retention, it also offers blood pressure monitoring (but only in Australia), a SpO2 sensor with more frequent sampling, and an EKG. The Galaxy Watch 4 line also includes some features such as VO2 max monitoring and improves automatic detection latency when exercising.

Samsung’s new watch has its weaknesses, but its GPS performance is still more flawed than successful, making outdoor activity tracking unreliable, while heart rate tracking is also not reliable. used with a connected Samsung smartphone.