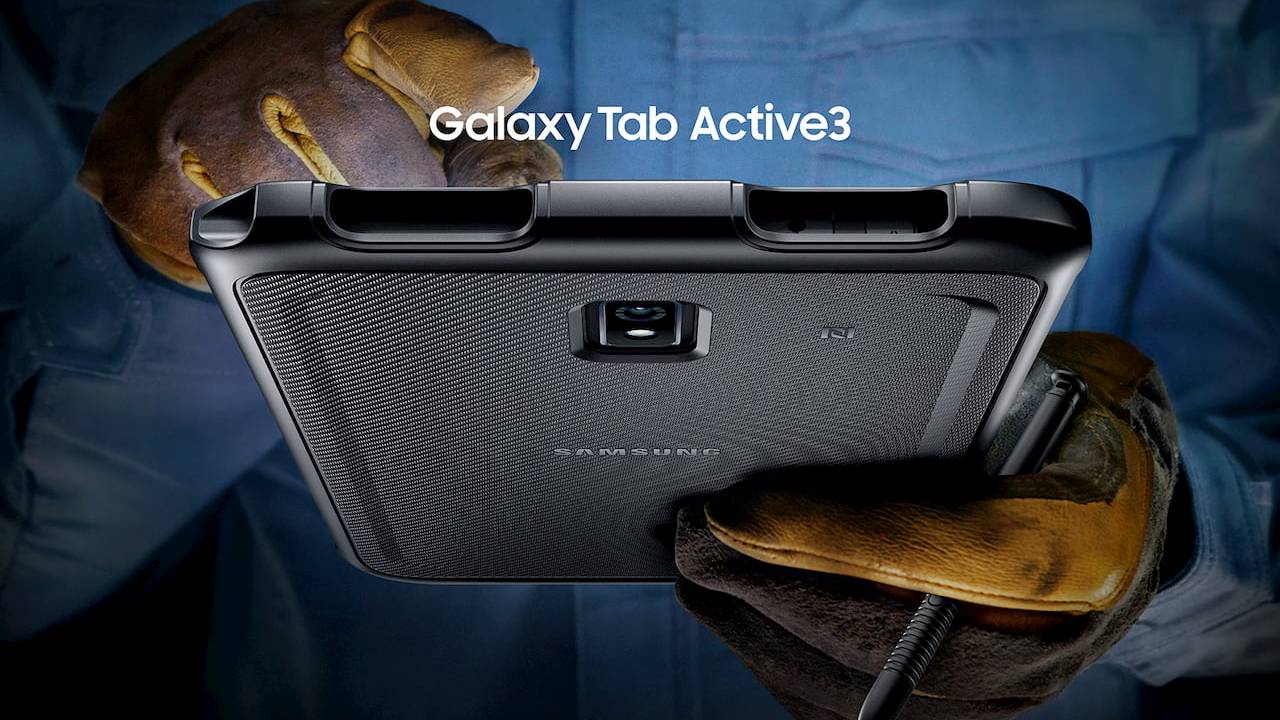 Looking for a rugged work tablet? This might be the best one to get. Find out more in this Samsung Galaxy Tab Active 3 review.

A rugged tablet designed for first-line use. What you need to know about the Samsung Galaxy Tab Active 3 is a rugged and durable tablet computer developed specifically to meet the needs of mobile workers. Tab Active 2 has a military design, an improved touch screen, and a replaceable battery. It adds new innovations such as programmable buttons, Wi-Fi 6 / MIMO connection, and Samsung DeX wireless connection.

It comes with a protective cover that can withstand drops of up to 1.5 m, and the S Pen, like the device itself, has an IP68 waterproof and dustproof rating. Compared with its predecessor, the third-generation Galaxy Tab Active series has many major technological upgrades. It is equipped with Samsung Exynos 9810 octa-core processor, 4 GB memory, and a 1920 x 1200 pixel LCD screen. It now has 64GB of initial storage space, you can choose to add a microSD card to get more storage space. Galaxy Tab Active 3 is available in North America, starting at $489.99 for the WiFi-only version and $589.99 for the LTE model.

Provide a single black. It is also available in Europe and some markets. Samsung focuses on the usefulness of its Active series of tablets. The huge display frame and the sturdy plastic case of the Galaxy Tab Active 3 are reminiscent of the original Galaxy Tab more than ten years ago. Make the equipment perfect to complete its main tasks: durability and performance. Using the included shock-absorbing housing, the device complies with the military mail-STD-810H standard (the more stringent successor to MIL-STD-810G) and can withstand drops of up to 1. It is 5 m and has an IP68 protection rating, which enables it to be immersed in dust, dirt, and water at a depth of 1.5 m for up to 30 minutes. Galaxy Tab Active 3 also has some cool features that early adopters will love.

The hotkey buttons on the side of the device can be assigned to quickly launch the most important applications by pressing a button or long-pressing. There is also a physical home button and high-touch mode at the bottom of the device, which allows the S Pen to fit perfectly on the top of the case. I find it very suitable for signing, filling out forms or remarks. On the device. March. One potential problem that needs to be noted is that there is no bezel to protect the charging port and earbuds from getting stuck inside.

This is the main design feature of most rugged devices and enclosures. Although I tested them without problems, it turns out that they have problems with durability. How powerful is the Galaxy Tab Active 3? You won’t find the latest flagship features on the Galaxy Tab Active 3, but it has enough processing power to handle most of your daily tasks. Reading the specifications of the Galaxy Tab Active 3 gave us a memory journey. Most of the performance specifications are reminiscent of the Galaxy S9 released by Samsung more than three years ago. However, unless you plan to multitask or run CPU-intensive applications, your device will most likely not experience any performance degradation.

Are you having trouble surfing the Internet, writing emails, or switching between multiple applications? The front and rear cameras of the device are very suitable for scanning objects or taking quick pictures on the go. The tablet also supports Google ARCore to provide augmented reality capabilities. Anyone who needs to connect to the Internet on the go will love 4G LTE, although in 2021 it is easy to notice the lack of 5G support for mobile devices in this price range.

Close to the standard Android, Samsung One UI adds some additional productivity features. You won’t be able to access desktop apps on Android tablets as you can on Windows alternatives, although more mobile apps are available in the Google Play store. A long-term problem with Android tablets is the lack of application optimization. For the largest screen on a tablet, although most major applications can run perfectly on the Galaxy Tab Active 3.