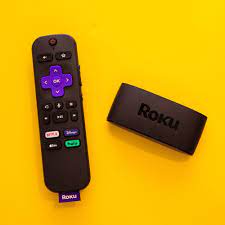 Check out some of the best deals on cheap Roku devices this summer, including savings on 4K TCL Roku TVs and so much more. Roku is a great choice for cable cutters, with loads of devices at different prices and hundreds of apps to access your favourite content. Roku now even works with Disney Plus for all of your Star Wars streaming needs. the best add-on options as well as some smart TVs in case you want to upgrade even more.

There is also a limited white version of the Roku Express called Roku SE. You can buy it at Walmart for around $ 39.

Roku Premiere is very easy to set up and supports higher quality content than Roku Express. Where the Express only supports 1080p content, the Premiere streams up to 4K UHD at 60fps with HDR10 and HLG. You can still access the full catalogue of apps and features, but Premiere doesn’t support voice control either.

The Premier Plus has been discontinued by Roku which means you can’t find it or it sells for much more than the retail price of $ 50. If you are really interested in buying one, this is the best price we could get. can be found at.

Thanks to its powerful radio receiver, the Roku Streaming Stick Plus has the greatest range of all Roku devices, so you can easily send voice commands and select programs from all over the room. It’s easier than ever to set up. – just two easy steps. In fact, we’ve reviewed the Streaming Stick Plus, so if you’re still undecided, find out more here.

The Roku Ultra is smaller than 5 inches square, making it ideal for a compact, powerful streaming setup in a small bedroom or apartment. You don’t have to worry about disturbing others in the room while you watch. However, if you think remote controls are a thing of the past, you can use your smartphone to stream movies, videos, TV, music and podcasts to your Roku.

In addition to a host of other features such as a lost remote finder and voice control, the Roku Ultra 2020 has an Ethernet port so you won’t be interrupted by annoying buffering when watching the competition on a sports streaming service.

The Roku Ultra LT is the lightweight version of the Ultra, and there is very little choice between them. They look the same and almost all have the same functions. The only major difference is that while the Ultra LT also has a microSD card slot and an Ethernet port, it does not have a USB port.

Cheap Roku deals are relative and extend to some very affordable TVs. There are more Roku TV deals out there than we could cover here, but here are just some of the best ways to save money. Check them out below: