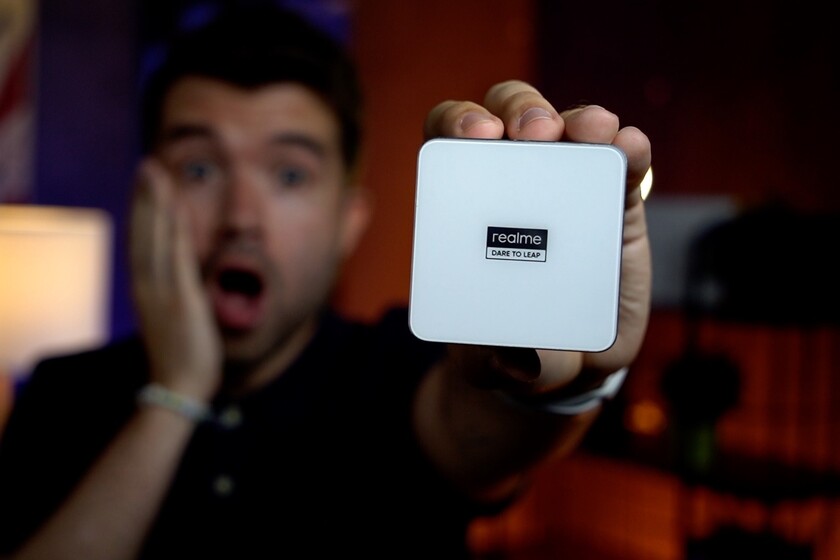 MagDart is Realme’s answer to Apple’s MagSafe. But the Chinese brand promises many faster-charging speeds that rival a wired connection.

Realme MagDart is Apple’s first Android equivalent to MagSafe, with the added promise of wireless charging speeds. In fact, Realme calls it the world’s fastest magnetic wireless charger. Quite slow at 15 W, while the Realme MagDart reaches top speeds of more than 50 W, although, as we will see later, its typical load speeds are a bit more modest.

In addition to wireless charging, Realme uses the same magnetic connection for its MagDart Beauty Light, a 60-LED selfie ring light. There is also a MagDart Wallet, a MagDart Case for the Realme GT and MagDart Power Bank accessories. t Listed pricing information, release dates, or regional availability for one of its MagSafe imitations. The company’s only smartphone with the technology built-in is a concept phone called Realme Flash, which we use for testing today. Release information available.

Can the Realme MagDart Wireless Charger keep its promise?

Realme MagDart – What You Need to Know

The Realme MagDart Wireless Charger is thicker than a typical hard drive-sized hub, more like a charging block as there is a built-in fan that keeps both the charger and smartphone connected. The fan spins quickly while charging and you will definitely notice the noise on your desk. It’s not loud, but anything but quiet. The smartphone concept we offer offers a noiseless charging option to slow down the fan at the expense of performance and charging speed.

There’s a USB-C port on the block that supports Realme’s proprietary 65W SuperDart cable charger for the fastest speeds, a ring of magnets to attach your phone to the charger and precisely align the wireless charging coils. It is this precision, paired with a robust coil and a lot of currents, that enables the MagDart to provide an output of up to 50 W. As with all wireless chargers, there’s some performance loss in the air, but this is still one of the faster wireless chargers that compete with faster-wired charging capabilities, at least on paper, too.

For traditionalists, Realme also offers a 15W MagDart wireless charger with a more familiar disc-like design. Realme claims this is the thinnest product on the market and is 26.4% thinner than Apple’s MagSafe equivalent. Realme claims it’s faster too, but for today’s review, we’re more interested in the larger, more powerful 50W model.

Tested Realme MagDart Wireless Charging
To test Realme’s claims and 50W MagDart charging capabilities, I added an extra layer of data to our regular tests by turning on the concept phone’s 4,500mAh battery. It also tracks the voltage and current sent to the wireless charger to monitor power usage. So we come to the most important key figures.

Time to 100 ° C: 54 minutes
Time to 50 ° C: 23 minutes
Maximum power: 54.0 W
Average power: 25.7 W
Maximum temperature: 42.5 ° C (108.5 ° F )
Medium temperature: 40.1 ° C (104.18 ° F)
In 54 minutes for a full charge, MagDart is very fast. In fact, that’s about as fast as many smartphones charge with a wired connection, although it’s still noticeably slower than some of the faster-charging smartphones that can peak in almost half that time. Traditional 15W wireless charging generally takes a few hours or more to fully charge a smartphone, making it more suitable for small charges than a full charge cycle. MagDart definitely questions this old paradigm.

If you take a closer look at the charging data (see below), the wireless charger does not reach the 50% mark as quickly as wired standards. Its charging curve is more linear than the fast wired charge that uses the high current from the battery. Handling capabilities for faster charging with lower capacities Wireless charging is just as hot, if not hotter, than wired charging Realme’s technology cracks the dreaded 40 ° C mark in three minutes The temperatures only reach a maximum of 42.5 ° C, but the Battery consumes its full capacity charging time in the red area, which is really not ideal.