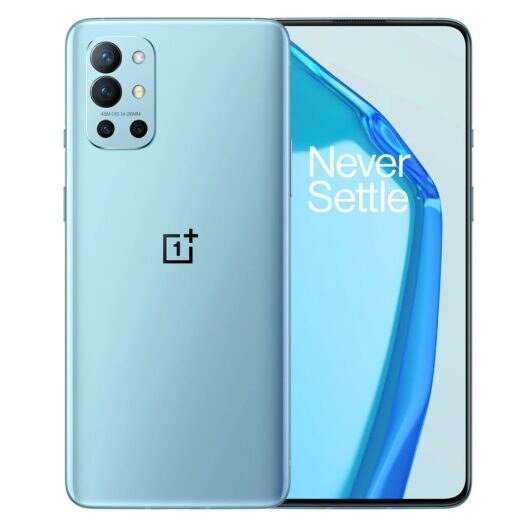 OnePlus could soon launch a new cheap flagship phone. Dubbed the OnePlus 9RT, it could be an upgraded OnePlus 9R inspired by the OnePlus 8T.

OnePlus 9RT – All Rumors in One Place

The OnePlus 9 series hit the market a few months ago. As a successor, the company usually introduces a T-series device at the end of the year that brings a chipset boost and minor improvements. That phone would be the OnePlus 9T, but the line-up for 2021 could be a little different.

If the rumours come true, OnePlus could soon introduce a new line of hybrid devices merging its T and R series. The OnePlus 9RT is said to be the first product to carry the new suffix and hit the market at the end of the year. But what do we know about the phone? We’ve rounded up the latest rumours, leaks, and news about the OnePlus 9RT below.

The first mention of the OnePlus 9RT nickname appeared in mid-August, courtesy of Android Central. It’s important to note that OnePlus has not yet confirmed the device’s existence.

As for the release date, frequent leaker Steve Hemmerstoffer (aka @OnLeaks) posits that it could land on October 15, 2021. That would be almost a year after the OnePlus 8T arrived and six months after the OnePlus 9R was launched. Notably, other OnePlus T-series phones were released between September and November, so October appears to be Goldilocks’ estimate.

With the OnePlus 9RT being viewed as an updated OnePlus 9R, we expect the two phones to share many aesthetic design features and core functions. “Basically the same.” The expected colour combinations include black, silver, and blue.

Apart from the colour combinations, these design similarities apparently include the 6.55-inch AMOLED display with a refresh rate of 120 Hz and a 4,500 mAh battery. We also expect it to include UFS 3.1 storage and at least 8GB of RAM. a “humble” hit.

As far as silicon is concerned, rumours point to a “higher capacity version” of the Snapdragon 870 SoC, which could bring some performance improvements with regard to higher clock rates.

The OnePlus 9RT is also said to be the first in the company’s product range to be launched as a shelf with Oxygen OS 12 based on Android 12. It’s also advertised that includes floating windows, privacy improvements, and a new theme store.

A phone believed to be the OnePlus 9RT recently went through China’s 3C certification platform (h / t MyFixGuide). The device with the model number MT2110 comes with a 65 W charging station along with the same charger as the OnePlus 9R.

The OnePlus 9R is still an India-exclusive smartphone, so we don’t expect the OnePlus 9RT to be available in too many other regions. While some rumours point to the phone’s availability in China, there is no indication that Europe or North America will get access to the device. That could mean that users in the West could do without a OnePlus T-series device in 2021.