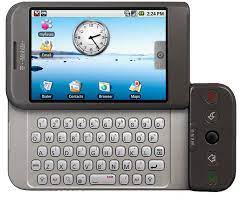 Google, HTC, and T-Mobile introduced the Android 1.0 operating system on September 23, 2008. Here’s a look back at the then-new OS.

A reminder of Android 1.0: When a young mobile operating system took its first steps 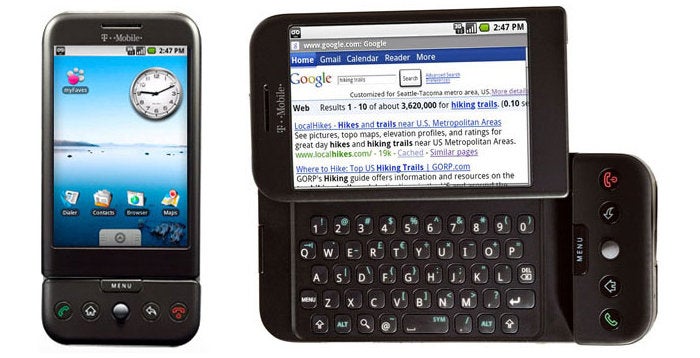 I remember the day well because I was there. New York, Tuesday, September 23, 2008. Executives from HTC, Google, TMobile and Deutsche Telekom presented Android 1.0, a new mobile operating system, and the G1, the first smartphone to run the platform. It was clear that those involved had a vision for Android.

Company representatives spent a lot of time discussing the openness of the new platform and encouraging third parties to develop Android apps. They said, “We want to bring a variety of new devices, applications and services to the world so people can use the mobile Internet.”

Larry Page and Sergey Brin, then co-CEOs of Google, stepped on roller skates online. Brin, a self-proclaimed geek, demonstrated the first app he wrote for Android that calculated the time the G1 was in the air when tossed up and down. The two were visibly in love with the new platform and talked about its potential.

Together, the software and hardware released that day laid the foundation for Android as we know it.

But how was Android 1.0 really? What characteristics did it have? What functions was it missing? The platform was surprisingly complete and incomplete at the same time. On the day of its anniversary, we remember the first steps of Android in the world.

Android 1.0: A familiar, but different experience

In autumn 2008, numerous mobile operating systems were competing. Apple’s iOS was only a year old at the time and lagged behind the industry leaders BlackBerry OS and Symbian in size. Windows Mobile and Palm OS were also in the mix. Google and its Android developers picked some Android elements from established platforms but also introduced a number of new ideas that are still part of Android.

Android 1.0 had three home screen panels. The middle panel was the main home screen, which contained the pre-installed apps and widgets. If you want, you can swipe left or right to add more apps/widgets to the other screens, which you can still do with Android today. The Android widget implementation was pretty new back then. Mobile devices contained widgets, they weren’t as customizable or as diverse as they were on Android.

Android 1.0 included an app drawer that was accessed by tapping a real, visible tab at the bottom of the home screen. However, the basic functionality is the same as the current one. Android 1.0’s settings menu was designed to resemble modern Android, but the quick settings menu didn’t exist yet. iOS 2, which ran the 2008 iPhones, didn’t have an app drawer, but Windows Phones and BlackBerry devices had their equivalents.

The platform was hardware-oriented. People who have used Android since the early days will remember all the buttons used to control the operating system. Important buttons like the back, home and menu buttons were needed to perform some navigation and secondary actions. It wasn’t even a software keyboard; the G1 required you to use the physical QWERTY keyboard for any type of text entry. Now, of course, the platform can be fully touched and the gestures perform the same actions. Of all the platforms available in 2008, only the iPhone was fully playable. BlackBerry, Symbian, and Windows relied heavily on physical buttons. Dealing with notifications from the

Android 1.0 was an early win for the platform and something we still rely on today. The way notifications briefly appeared in the status bar later influenced other mobile platforms to follow suit.