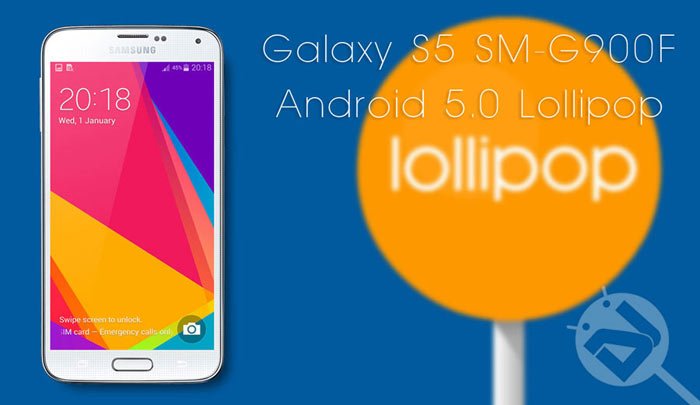 Android 5.0 Lollipop is said to be the “sweetest take on Android” yet and it really is the biggest update for the operating system. The new version of Android brings a plethora of new things, the material design language being the most significant. In most cases, it takes months before such major OS upgrades hit devices with customized user interfaces like TouchWiz and Sense but this time things have been different. Motorola was the first OEM that rolled out the Lollipop update for select smartphones, even before Nexus devices.

During the past few weeks, we have seen several leaked previews of the Android Lollipop being tested on some Samsung flagships. The Samsung Galaxy S5, being the current smartphone flagship, has been the first Samsung device to get the Android 5.0 Lollipop update. The OEM has already begun rolling out the Lollipop update for the Galaxy S5 SM-G900F Snapdragon model and if you own this device, it’s time to feel excited. The users of the Galaxy S5 SM-G900F have reported receiving the Lollipop firmware update via OTA. 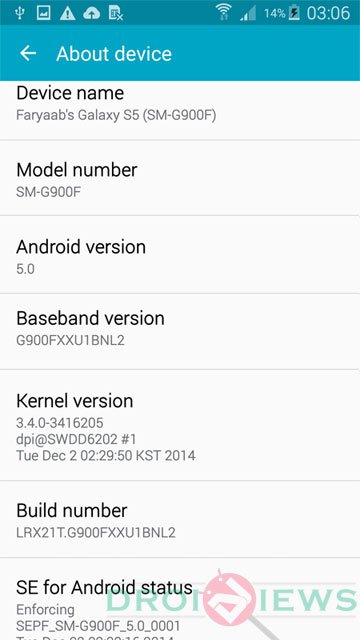 However, if you are desperate to get the new update and have not received the OTA update notification yet, you need not worry at all. Fortunately, the Android Lollipop firmware file with build version G900FXXU1BNL2 is available for download and can be installed manually using Odin. Since the firmware is meant for carrier-unbranded, it can be installed on any Samsung Galaxy S5 with model number SM-G900F that is not locked to a network provider.

You can also download the firmware for your Samsung Galaxy S5 from Sammobile (just click the link and type in your phone model in the box to get firmware)and SamsungUpdates (hover the mouse pointer on CSC codes to find your firmware).

If you do not know know how to install stock firmware on Samsung Galaxy devices using the Odin tool, we have a detailed step-by-step firmware installation tutorial to guide you safely through the procedure.