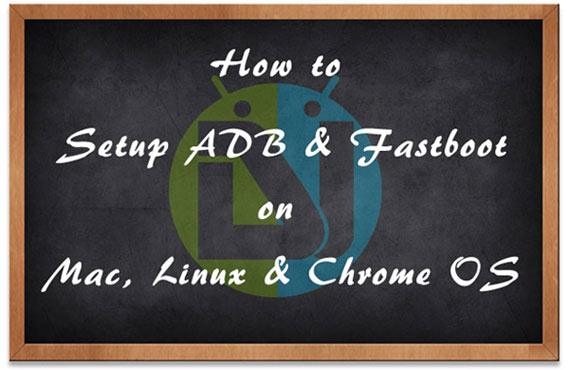 If you are an Android user, it doesn’t matter new or veteran, there will be times when you’ll have to use tools like ADB and Fastboot. Having Android Debug Bridge setup on one’s computer is a must have for every Android user. Without having ADB and Fastboot on your computer, you might not be able to flash a kernel or system image.

It is not that ADB is an useful tool only for flashing kernels and images, but it can also be utilized for various types of development and testing purposes. If you own a Nexus, HTC or Motorola devices tasks like unlocking bootloader, rooting and flashing system images might not be possible without using ADB and Fastboot commands.

If you are an advanced user, you can download the Android SDK and setup it on your computer in a few clicks. But if you are new or intermediate user, you might need some guidelines in doing the job. We posed a detailed tutorial on setting up ADB on Windows, Mac and Linux machines about an year ago. This time we are going to deal with the same topic but it involves a much simpler way.

If you want to setup ADB and find the procedure a little complicated, the Nexus Tools by corbin052198 from XDA can make it as easy as typing a single command line in a terminal window. Using his Nexus Tools, you can easily setup ADB and Fastboot on Mac OS X, Linux or Chrome OS.

Nexus Tools is not actually a program as the very name sounds but a string of command line. All you have to do is to issue the following command in a terminal window on your Mac OS X, Linux or Chrome OS computer:

Running this command will download the required files to setup Android Debug Bridge and therefore it requires a working network connection on your computer. Since the script runs as root it asks for sudo so that it might copy the downloaded files to usr/bin. While the Nexus Tools commands work perfectly on Mac and Linux machines, the support for ChromeOS is experimental at the moment. The developer has also provided the required command to uninstall ADB from your computer:

So, if you are a Mac, Linux or ChromeOS user, setting ADB and Fastboot has become a too simple thing for you. Please note that before you can use ADB or Fastboot on your Android device, you must enable USB Debugging on your device first to get it working. If you do not know how to do that, read the following tutorial:

How to Enable Developer Options & USB Debugging on Android Devices

How to Setup ADB and Fastboot on Windows within Seconds