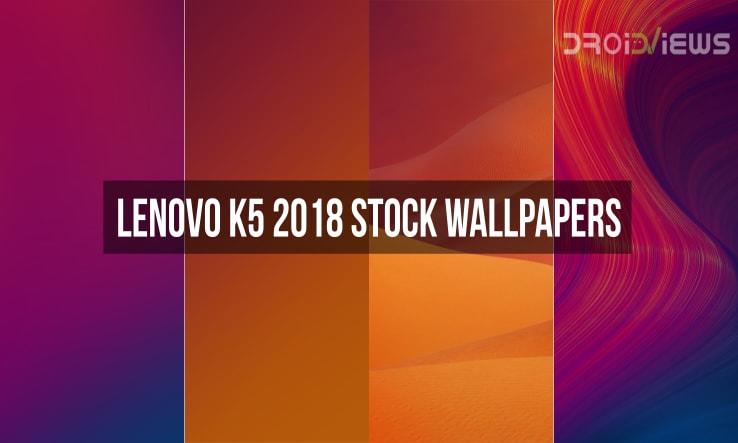 Talking about Lenovo K5 2018’s specifications, the device has a 5.7-inch HD+ display. The smartphone is powered by MediaTek MT6750 processor and a Mali T860 GPU. The processor is coupled with 3GB of RAM and 32GB of internal storage. Also, the storage is expandable up to 128GB via a microSD card.

As we mentioned earlier, the device has a dual camera setup on the back. The rear cameras consist of a 13MP primary rear camera and 5MP secondary rear camera. On the front is an 8MP camera for selfies and videos. The device is powered by Android 7.1 Nougat and has a 3000 mAh non-removable battery.

Lenovo has launched the latest smartphone in its K series of flagship smartphones for this year. The latest device has been named as the Lenovo K5 2018, the successor to Lenovo K5 2017.

As far as the downloading these wallpapers to your device is concerned, we have bundled a zip file below. This zip file contains wallpapers from the device in a single folder. You can download the zip file by clicking on the link in the Download Links section. After that, just unzip the zip folder and the wallpapers will be extracted to your device.